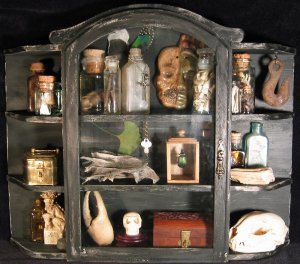 As a therapist I encourage folks to cultivate their “observing ego”. This is less of a static entity and more of a skill. It is the ability to take 5 steps back and observe your self – your soul… your cognition, your emotion, and, your volition. What you think, feel and do. It is an exercise of stepping into a neutral person’s shoes in an attempt to observe and reflect upon your self.

And so it goes with goes with my blogging… in taking 5 steps back this week it occurs to me that I originally conceived Chautauqua as a meeting place of people to think about and discuss ideas… also, as a venue for expressing ideas that matter to me.

All of this is true and yet I see more evolving. As Chautauqua evolves she must find her own way and be her own self. Of late I’m most struck with that element of her selfhood that desires to share things of beauty and substance from a variety of sources… quotes, essays, articles.

This got me thinking about the old Keats line, “A thing of beauty is a joy forever”. It also prompted me to take a look at both the psychology and philosophy of collecting. Because although the original notion behind Chautauqua was discussion and sharing of personal ideas… It is also in part evolving into a collection or museum.

Nobel Laureate Orhan Pamuk suggests, “I argue that collecting things is related to -getting attached to things is a universal human reaction to some trouble, trauma, whatever you may call it.”

This makes sense to me. We collect things we consider to be of value and substance to assuage our feelings of finitude and lack of control.

I have not run across the concept of a Wunderkammer before…

A cabinet of curiosities was an encyclopedic collection in Renaissance Europe of types of objects whose categorical boundaries were yet to be defined. Modern terminology would categorize the objects included as belonging to natural history (sometimes faked), geology, ethnography, archaeology, religious or historical relics, works of art (including cabinet paintings) and antiquities.

“The Kunstkammer was regarded as a microcosm or theater of the world, and a memory theater. The Kunstkammer conveyed symbolically the patron’s control of the world through its indoor, microscopic reproduction.” Of Charles I of England’s collection, Peter Thomas has succinctly stated, “The Kunstkabinett itself was a form of propaganda”. Besides the most famous and best documented cabinets of rulers and aristocrats, members of the merchant class and early practitioners of science in Europe also formed collections that were precursors to museums. They were also known by various names such as Cabinet of Wonder, and in German Kunstkammer or Wunderkammer (wonder-room). (Wikipedia)

I have just started reading a book today titled, Against An Infinite Horizon: The Finger of God In Our Everyday Lives, by Ronald Rolheiser. I am starting with chapter 3, “The Torment of the Insufficiency of Everything Attainable: Loneliness, Longing, Sexuality”.

This reminds me of two things… Irvin Yalom’s classic text on Existential Psychotherapy… 4 key themes in his system: meaninglessness, isolation, freedom, death. Ultimately, each of us are to some degree a soul isolated in our own skin… yes, we make many connections with our fellow beings but we are one entity nonetheless. And then of course that wonderful song by one of my favorite philosophizing rock bands…

Message in a Bottle

Just a castaway, an island lost at sea, oh
Another lonely day, with no one here but me, oh
More loneliness than any man could bear
Rescue me before I fall into despair, oh

Walked out this morning, don’t believe what I saw
Hundred billion bottles washed up on the shore
Seems I’m not alone in being alone
Hundred billion castaways, looking for a home

The Psychology of Collecting

Question: Are museums a Western concept?

Orhan Pamuk: I argue that collecting things is related to -getting attached to things is a universal human reaction to some trouble, trauma, whatever you may call it. In my novel it is of course love, and my infatuated lover is so troubled that he gets attached to things for various reasons. This is more or less the common passion in all collectors. But it is only the Western civilization that put a collector’s mania onto a pedestal, because museums were invented in the West.

First there were in the seventh and eighteenth centuries what they called Wunderkammer or cabinets of curiosities to exhibit the power and taste of the princes or the elites or the rich people. Then when the Louvre was converted from a royal palace to a public sphere, a museum, then again it was a place for showing the power and sophistication of the ruling elites. But museums are also places for learning: you put together things, then you categorize and you produce information. Human information is in fact contained in things and the theory about their relationships. Once you put two or three, five objects in an exhibit in a museum, these objects tell a story. You ask yourself if you visit it, what’s the relationship between them? And that’s a story; that’s a theory.

Museums put collectors on pedestal, and making collections, getting attached to things, is not an embarrassing thing once museums legitimize your habit of collecting. But if there are no museums, then your habit of collecting, and also your collections, exhibits only your personal wounds. So I made this distinction towards the end of my “Museum of Innocence,” when my character — after my character decides to exhibits his immense collections that are related to his love. And my character also visits small museums of the world, five thousand of them, perhaps because he likes them. He like the empty, melancholic old museums where no one goes. And I’ve been to so many of them all over the world just because I like the atmosphere inside, the melancholy atmosphere, the **** of the parquet floor, the museum guides… how sleepy; even they’re also impressed that you’re here and looking at these objects no one comes for. There you feel the venture of a prince, a rich guy, a sad guy, a poor collector who thought that he would transcend history by his collection, by his objects. But then it’s how successful — no one comes.

You feel that outside there is a time, modern times, that’s going on, while inside the museum it’s timelessness. These sensations I like. In fact, in the end we write novels because we just like these sensations; we want to immerse ourselves in these images. I like to — in fact, a part of the novel, or one part of the novel, is that I like, I very much like, to go out to forgotten, neglected museums of the world. And one of the reasons I wrote this novel was just to revisit them, to see them, to talk about them.